Boil with hops for 90 minutes.

Cool and ferment with a good quality ale yeast.

*(with modern malts can be reduced to 60 minutes.) 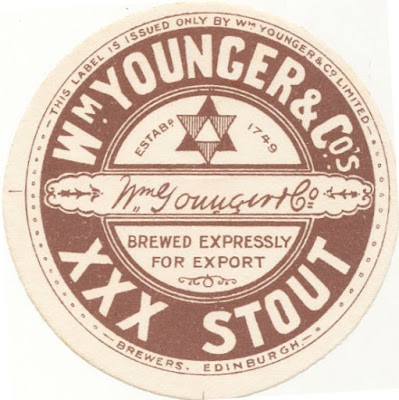 1767 William Younger dies aged 37 and two years later Grizel Younger married Alexander Anderson, who had been brewing in Leith since at least 1758.

1778 Archibald Younger established his own brewery at Holyrood Abbey, and also others in Edinburgh and London.

1781 Alexander Anderson dies and Grizel ran the brewery herself.

1794 Grizel retired, but until then she continued to develop William Younger and Co.

1796 William Younger Jnr opened his own brewhouse at Holyrood Abbey.

1818 Robert Hunter died, and William Jnr took Alexander Smith into partnership with the business, the company then being known as William Younger and Co.

1889 The company became a limited company, still being run by the Younger and Smith families.

1891 400,000 barrels of beer were produced each year and by 1907 the brewery covered 27 acres and brewed a quarter of all the ale produced in Scotland.