The members of the Durden Park Beer Club welcome you to their web site.

We are a group of dedicated beer makers who meet every month at Perivale Community Centre in West London.

The club started in 1971 after it became legal to brew beer at home. At that time the main interest of the club was collecting recipes of British beers, particularly from around 1840 – 1914 when a vast range of quality beers were brewed.

Today our main activity is to brew those old British beers and modern beer styles, to meet, taste and discuss the beers we have made and to pass on our brewing knowledge to other brewers.

Any brewer, or anyone with an interest in beer is welcome at our meetings.

Meetings are held at 8pm every third Monday of the month.

The beers we will be making and tasting throughout the year

Our books of recipes taken from old brewing journals 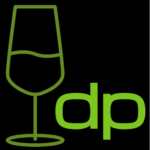