This was indeed the opinion of many beer drinkers in the 60s when commercial beer was showing a considerable decline in quality under the influence of the accountants in breweries, in their attempts to swell profits for shareholders.

Although accountants have influenced beer quality, in fairness, one has to also recognise the effects of governmental taxation on commercial beer production. The reduction in the quality of ingredients and the gravity of many beers was instigated by brewers to counteract the effect of this taxation.

Nevertheless when keg beers appeared on the market and replaced many cask beers, many drinkers considered it was time for a revolt against what was being inflicted on the consumer. The Campaign for Real Ale (CAMRA) provoked the start of a change in what was being produced by naming good beers and criticising the bad ones.Their membership grew and popularised pubs that sold what CAMRA considered good beers. This caused commercial brewers to sit up and take notice.

The same opinion of commercial beer was shared by many who were convinced they could do better as amateur brewers.

In 1963 the then chancellor of the Exchequer Reginald Maudling (bless him) had removed the archaic laws preventing amateurs from making beer for their own purpose in their own homes and this in turn fostered the introduction of beer brewing into the established amateur winemaker groups.  However, there was very little literature (and ingredients) available for an amateur home brewer and the craft had to be painstakingly re-learnt.

Some of this small band of enthusiastic brewers scattered amongst the winemaking clubs decided they could improve their brewing skills and achieve more if they got together and formed their own group for beer brewers only. Their aim was to produce something better than the commonly available commercial beers of the time.

This was the philosophy behind the concept of the Durden Park Beer Circle.

The group started its life in 1971 and takes it’s name from its first meeting place; a tin hut acting as the cricket pavilion on the Durden Park cricket ground in Southall in Middlesex. We were kindly allowed to use the hut once a month for our meetings. Our current meeting place is at ‘Perivale Community Centre’ in West London.

From it’s beginning, the pooling of knowledge enabled the group to improve its expertise quickly. This has lead to a world-wide acknowledgement of our brewing expertise and the books we have published.

The books ‘Old British Beers and How to Make Them’ are intended to help and encourage all levels of brewers to aspire to making top class beers. We are aware that several commercial brewers also have copies of our books in their libraries and have used modified versions of our recipes.

The historical recipes in our books have been extracted from brewery archives countrywide and have been re-compiled for small scale brewing. We have had to take into account the quality of modern day ingredients such as the alpha acid content of modern hops and the yield from current malts and in some cases even produced our own malts where there is no modern day equivalent. A combination of modern techniques and high quality brewing ingredients enables us to produce top-class beers.

The research we have done into these Old Beers from the past 200 years, involved the whole membership who made and tested the recipes and the final recipes are only published when we are satisfied they represent the original beers as closely as we think they would have been at the time. Some of these beers have become classics amongst the membership, such as the 1750 and 1850 Porters which we believe to be so good that members make them frequently for their own cellars.

Although we continue to brew beer from our archive of the beers derived from old brewery recipe books, our current aims are to produce and evaluate quality beers of any type (both ancient and modern) and to help others to do so as well. We are committed to full-mash brewing but realise that ‘kit-brews’ may be a first step in the process of becoming an accomplished brewer. We welcome new members who wish to expand their knowledge from this basic level and we will provide the encouragement for them to take the next step forward.

Whether you are novice or an experienced craft brewer why not come along and join a group of like-minded enthusiasts? 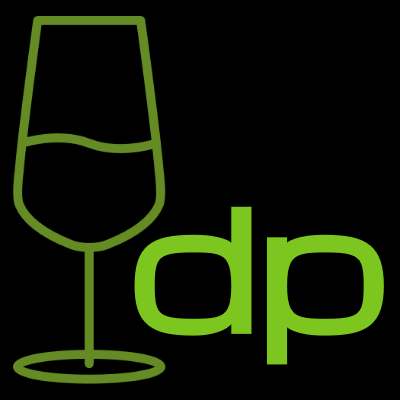 If you have already ventured into brewing (or thinking of doing so) and would like to join others enjoying the same hobby we would like to invite you to come along to our meetings.

Our meetings are always on the third Monday of the month at 8 pm at the Perivale Community Centre, Horsenden Lane South, Perivale, London UB6 7NP (about 5 minutes walk from Perivale Tube station).